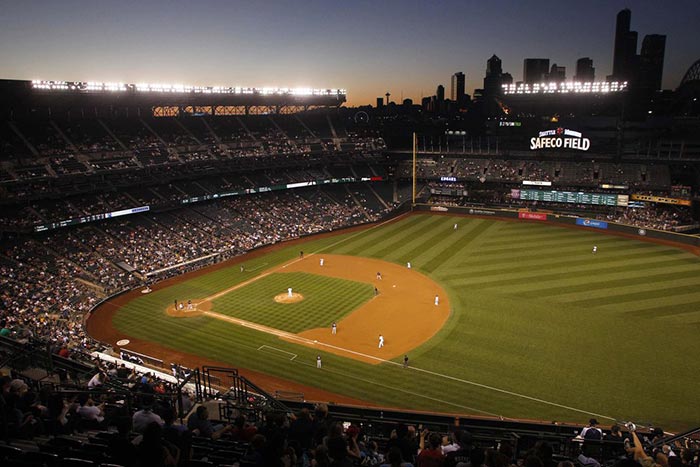 When you think about facilities or venues that use massive amounts of light, professional sports stadiums and arenas undoubtedly come to mind. In order to provide even lighting suitable for play (and TV broadcasts) stadiums and arenas are often outfitted with 500+ lighting fixtures to illuminate the playing surface. In the past, traditional metal halide lighting was a staple in sports arenas and stadiums, but these lights generate massive amounts of heat and often take several minutes to power on (remember the Ravens/49ers Super Bowl XLVII power outage?).

In recent years, the evolution and improvement of LED lighting is bringing new options for stadium and arena lighting to the table. While many venues were hesitant to invest in the new LED lighting technology, Super Bowl XLIX became the first Super Bowl to be played under LED stadium lighting at the University of Phoenix Stadium in Glendale, Arizona. Earlier that season, the NFL stadium became the first to retrofit their facility with energy efficient LED lighting. The LED lighting upgrade resulted in a 75% reduction in energy consumption, totaling 310 kW compared to the old metal halide system at 1240 kW.

Energy savings aside, LED lighting manufacturers state that the instant on/off capabilities [of LED lighting] are another huge plus. As witnessed in several installations, LED lighting provides superior lighting levels, more even coverage, and reduced heat which in turn saves on HVAC costs and maintenance. The new generation of LED stadium lighting can last up to 100,000 hours, compared to the 3,000 hour life of traditional metal halide lighting.

Stadiums and Arenas with LED Lighting 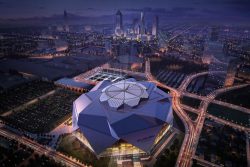 This 1.5 Billion dollar stadium is the first sports facility to achieve LEED (Leadership in Energy & Environmental Development) Platinum status. The stadium features over 4,000 solar panels, a 680,000 gallon rainwater catchment system, interior and exterior LED lighting, as well as a retractable roof that lets in natural light. Fans have already commented on how bright the stadium is. Scott Jenkins, general manager of Mercedes-Benz Stadium, states the LED lighting system will last over 10-years. The stadium will house the Atlanta Falcons, major league soccer games, college football games and also serve as a concert venue. 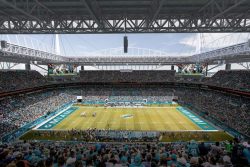 The Miami Dolphins sought out LED lighting options in 2016 to illuminate Sun Life Stadium. Also home to the Miami Hurricanes, the stadium underwent a $400 million renovation in hopes of attracting the NFL Super Bowl and college football championship games. The energy efficient LED lighting system will reduce energy consumption by up to 75% and leave the playing field brighter than ever. Also part of the renovation is a shade canopy, which is estimated to cover almost 92% of the crowd when fully utilized. 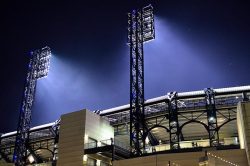 Prior to the 2017 home opener, the Pittsburgh Pirates announced the implementation of new LED stadium lighting to improve the quality of the lighting on the field, as well as save on long term operating costs. PNC park was able to drastically reduce the number of lighting fixtures used, while increasing the amount of light produced. The LED lighting system also features a digital control system which allows for 100% dimming capabilities and advanced color temperature adjustments. 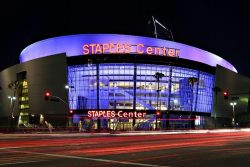 Safeco Field became the first MLB ballpark to light up the playing field with LED lights. Safeco Field’s LED upgrade has reduced energy consumption by 60 to 70 percent, and has significantly reduced glare and shadows on the field. As an added bonus, the LED lighting is producing better color and no flicker on slow-motion replay for viewers watching games at home.

As energy costs continue to rise, expect more professional sports stadiums and arenas to switch over to new ultra efficient LED lighting systems. The facilities listed above are paving the way and showing the world that the new breed of LED lighting is superior to traditional metal halide. When these lighting retrofits are combined with LED lighting financing options from reputable equipment financing companies, the projects become cash flow positive from day one. That is something that is sure to make any facility manager sleep better at night!