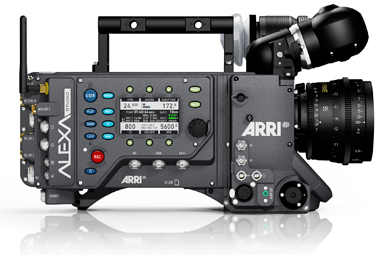 Since the introduction of the original ALEXA EV, Arri has added several different models to the ALEXA lineup:

ALEXA Plus 4:3-ALEXA Plus adds integrated wireless remote control, the ARRI Lens Data System (LDS), additional outputs, lens synchronization for 3D, and built-in position and motion sensors and a 4:3 sensor making it ideal for use with anamorphic lenses.

ALEXA M-ALEXA M has its imaging and processing unit broken down in two parts to be small, compact and lightweight for 3D rigs and other uses where size is a concern.

With Arri ALEXA camera packages starting at about $80k, purchasing one of these digital cinema cameras can certainly break the bank. So what if you don’t have an extra $80,000 sitting in the bank? Entertainment industry professionals can enjoy attractive leasing and financing options which allow them to take immediate possession of the gear, while making affordable month payments over 36, 48, or 60-month terms. Video equipment leasing and camera financing options are available for freelance cameramen, directors, DPs, cinematographers, rental houses, editors and other industry professionals.